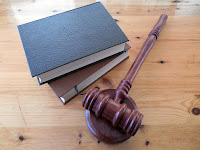 Charles Centinaro, Director
Office of Attorney Ethics
via e-mail only to Charles.Centinaro@judiciary.state.nj.us

I want to share with you (and the public) my experience being a complainant in an attorney ethics grievance bearing docket numbers IIA-2015-0010E and IIA-2015-0011E.  I have redacted the attorneys’ names from all of the documents at the links below and have published this letter to you on my Random notes on NJ government blog.

I hope that you will agree with me that my experience would lead many in the general public to believe that New Jersey’s attorney disciplinary system is less than user-friendly.

1. I filed my ethics grievance on February 5, 2013 against two attorneys from a very well known and prominent law firm in Essex County.

2. On March 1, 2013, Deputy Statewide Coordinator William B. Ziff transferred my grievance to the District VI Ethics Committee because “a conflict of interest would exist were this matter to be considered by the VA Ethics Committee.”

3. On February 4, 2014, after not having received any further correspondence, I wrote to Jack Jay Wind, Secretary of the District VI Ethics Committee, to follow up.

4. By August 9, 2015, I still had not heard from Mr. Wind.  I reached out to the Chair and Vice Chair of the District VI Ethics Committee in hopes that they would be more responsive than Mr. Wind.

5. The next day, Mr. Wind faxed me his August 10, 2015 letter.  In it, he acknowledged that even though Mr. Ziff had provided him with my grievance with his March 1, 2013 letter, he had “no record of having received the original documentation” and suggested that “obviously somehow it was lost in transmission.”

6. By letter of August 12, 2015, Mr. Wind determined that the District VI committee was conflicted because a member of the Committee is employed by the same law firm as the two attorney against whom my grievance was filed.  So, the matter went back to Mr. Ziff.

7. On August 19, 2015, Mr. Ziff reassigned the matter to the District IIA Ethics Committee.

8. In a November 13, 2015 letter,  Nina C. Remson, Secretary of the District IIA Ethics Committee informed me that my grievance was being “administratively dismissed” in accordance with R.1:20-3(f) because of “pending litigation.”

Question 1: Would you be willing to issue a directive requiring all District Ethics Committee secretaries to inform the grievant of the caption and docket number of any litigation relied upon when dismissing a grievance under R.1:20-3(f)?

Also notable is Ms. Remson’s mischaracterization of R.1:20-3(f).  In her letter, she states:

Please be informed that the Supreme Court of New Jersey has established a policy of not considering any grievance received from a litigant in a pending civil matter, either about the conduct of a trial attorney therein or about the underlying conduct of any attorney who is a party to the litigation, until the case is finally concluded, except in rare situations that involve clearly provable ethical violations or where the facts present a substantial threat of imminent harm to the public.

If a grievance alleges facts that, if true, would constitute unethical conduct and if those facts are substantially similar to the material allegations of pending civil or criminal litigation, the grievance shall be docketed and investigated if. in the opinion of the secretary or Director, the facts alleged clearly demonstrate provable ethical violations or if the facts alleged present a substantial threat of imminent harm to the public.

As you can see, the Rule allows for dismissal only if the grievance’s alleged facts “are substantially similar to the material allegations of pending civil or criminal litigation.”  Ms. Remson appears be applying a much looser standard and dismisses grievances when the respondent attorney is a party to litigation that may be only tangentially related to facts alleged in the grievance.

Question 2: Would you be willing to issue a directive requiring all District Ethics Committee secretaries to apply the more rigorous “substantially similar to the material allegations” standard before declining or dismissing a grievance in accordance with R.1:20-3(f)?

Thank you for your attention to this matter.  I look forward to hearing from you.