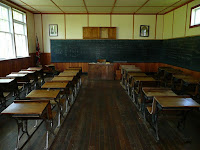 On June 10, 2015, the Shore Regional Board of Education (Monmouth County) agreed to pay $125,000 to a female bus driver who claimed she was fired because she filed a worker’s compensation claim.

In her suit, Susan J. Collins claimed that she was fired on December 11, 2012 after she had injured her left shoulder and neck during work on January 30, 2012.  She claimed that “the sole or one of the substantial reasons for [school district’s] mistreatment of [was its] retaliation against [her] for seeking Workers’ Compensation Benefits under the Workers’ Compensation Laws of the State of New Jersey.”  Collins similarly claimed that the Board violated her rights under the Family Medical Leave Act.

None of Collins’s allegations have been proven or disproven in court. The settlement agreement resolution expressly states that the $125,000 payment does not constitute an admission of wrongdoing by Shore Regional or any of its officials. All that is known for sure is that Shore Regional or its insurer, for whatever reason, decided that it would rather pay Collins $125,000 than take the matter to trial. Perhaps the defendants’ decision to settle was done to save further legal expense and the costs of trying what were in fact exaggerated or meritless claims. Or, perhaps the claims were true and the defendants wanted to avoid being embarrassed at trial. This is the problem when cases settle before trial–it is impossible to know the truth of what really happened.