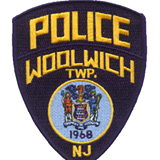 At issue is Woolwich Township (Gloucester County) Police Lieutenant Joseph A. Morgan, III’s lawsuit against the Mayor and Township Committee that argued that Sergeant Richard Jaramillo, who assumed the chief’s position on January 1, 2016, “does not meet the minimum mandatory requirements concerning experience” and scored much lower than Morgan on promotional examination.

The Township, however, pointed out that the Township Committee’s resolution to promote Jaramillo was passed on September 21, 2015 and argued that according to law the deadline for filing a lawsuit to challenge Jaramillo’s promotion was November 5, 2015–45 days after the date the resolution was passed.  Since Morgan’s lawsuit was not filed until November 19, 2015, Jean S. Chetney of Woodstown, the Township’s lawyer, argued that the lawsuit must be dismissed.

Morgan’s attorney, Michael C. Mormando of Moorestown, had argued that the forty-five day filing period should not being to run on September 21, 2015.  Rather, he argued, the filing period should run from October 5, 2015 because that was the day that the Township Committee considered changing its mind on Jaramillo’s promotion but ultimately elected to stay with its decision.

It is presently unknown whether Morgan is appealing the ruling.