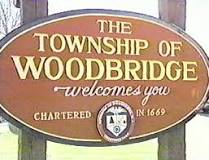 On April 10, 2016, the Township of Woodbridge (Middlesex County) agreed to pay three African-American women $70,000 to settle their claim that a May 10, 2014 police encounter at the Woodbridge Center Mall resulted in a Woodbridge police officer jumping on the hood of one woman’s car, pointing a gun in her face and telling her that he was going to shoot her.

In their lawsuit, Shaquila Ayler, Manirah Harris and Jasmine Gordon, all from Elizabeth, said that as they were exiting the mall, they were stopped by Woodbridge Officers D. Benigno (presumably Dennis Benigno) and Lyszyk (presumably Andrew D. Lyszyk) along with mall security guards Adilson Viera and Anthony Vasta.  While few details are given, the trio claimed that Benigno, who is now retired, jumped on “Ayler’s car hood, pointed a gun at her face, and told her he was going to shoot her.”

The three women claimed that officers forcibly removed them from Ayler’s car and “threw them on the ground.”  They claimed that they were patted down “on all parts of their body including their breast, between their legs, and on their buttock.”

Ayler said that she was falsely charged with assaulting Benigno with her vehicle, aggravated assault, possession of a weapon for an unlawful purpose, obstructing the administration of law and resisting arrest. She said that she was held under $100,000 bail (initially cash and then reduced to cash or bond) for three days before she could post and that as a result was fired from her job with the State of New Jersey.

Harris and Gordon were both charged with resisting arrest and obstructing the administration of law and the charges against all three women were allegedly “approved” by Officer Randall Aptaker who is named as a defendant in the lawsuit.

Ayler claimed that her attempt to file an Internal Affairs complaint was initially rebuffed because Woodbridge Police told her that “no Internal Affairs investigation would be conducted until the conclusion of plaintiffs’ criminal cases.” The trio said that all charges against them were dropped in April 2015 because “the defendant officers never appeared on any of the several court dates nor did they provide any discovery.”  As of the date of the complaint, Ayler claimed that the Internal Affairs unit had not made finding on her complaint.

The case is captioned Ayler, Harris and Gordon v. Township of Woodbridge, et al, Federal Case No. 2:15-cv-03645  and the trio’s attorney was Cynthia H. Hardaway of Montclair.  Case documents are on-line here.

None of lawsuit’s allegations have been proven or disproven in court.  Settlement agreements typically state that payment does not constitute an admission of wrongdoing by any of the defendants.  All that is known for sure is that Woodbridge or its insurer, for whatever reason, decided that it would rather pay Ayler, Harris and Gordon $70,000 than take the matter to trial. Perhaps the defendants’ decision was done to save further legal expense and the costs of trying what were in fact exaggerated or meritless claims. Or, perhaps the claims were true and the defendants wanted to avoid being embarrassed at trial. This is the problem when cases resolve before trial–it is impossible to know the truth of what really happened.