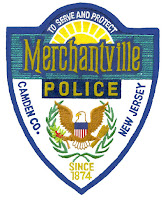 According to a November 12, 2014 lawsuit, the chief of police of a small Camden County borough, while in his police uniform and driving an unmarked police vehicle, “forced entry into [a Maple Shade man’s] parked vehicle and struck him twice.”  According to documents received in response to an Open Public Records Act (OPRA) request, the man who the chief allegedly struck received a $20,000 settlement that neither the borough nor its insurer paid. And, according to police reports, the man who filed the lawsuit is the police chief’s nephew.

In her July 26, 2016 response to an OPRA request for the settlement agreement that resolved DiNoto’s lawsuit, Merchantville Borough Clerk Denise Brouse disclosed an April 8, 2015 letter from Chief Bauer’s lawyer, Robert R. Nicodemo, III, confirming “that the matter has been settled for $20,000.”  Attached to the letter was a draft form of an agreement which called for DiNoto to release both Bauer and New Jersey Manufacturers Insurance Company in exchange for the $20,000 payment.  In a note that accompanied the documents, Brouse said that “neither the Borough nor the Borough’s insurance company paid any part of this release.”

A subsequent OPRA request to Pennsauken Township produced a police report of the incident from which the victim’s name, but not Bauer’s, was redacted.  According to a narrative report authored by Pennsauken Patrolman Ricardo Figueroa, he was dispatched to the Taco Bell on November 19, 2012 for a report of an assault that came in at 12:55 p.m.  In the lot, he encountered the victim (presumably DiNoto) and his mother.  According to the victim, he and his female cousin, who is Chief Bauer’s daughter, had stopped at Taco Bell for lunch.  While in the parking lot, the cousin’s phone rang and she began arguing with Bauer, her father, and that Bauer later appeared “at the passenger side door of [the victim’s] vehicle taking his daughter out of the car.”

According to the report, Bauer then sat in the recently vacated passenger seat and started arguing with the victim about “something to do with street drugs.”  Bauer reportedly “punched [the victim] in the nose twice after yelling at him.” Patrolman Figueroa reported observing “a small laceration on the bridge of [the victim’s] nose after the EMT’s finished cleaning it.”  Figueroa spoke with two witnesses and neither of them observed an assault but one did report one of the men “pointing his finger at the other’s face.”

Other police documents disclose that Bauer visited the Pennsauken Police Department shortly before 2 p.m. on the day of the incident and reported that while in the Taco Bell parking lot, his arm was pulled and somebody “took a swing at him.”

DiNoto’s allegations in the lawsuit are just that–allegations.  Nothing has been proven and the fact that a $20,000 settlement payment was made does not force a conclusion that Bauer did anything wrong.