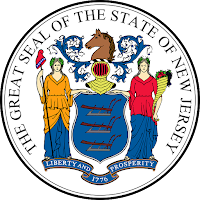 On Thursday, October 27, 2016, 10:30 a.m., Mercer County Assignment Judge Mary C. Jacobson will hear argument on whether “Intergovernmental Transfer Agreements”–documents that are completed when civil service employees transfer from one job to another–are public under the Open Public Records Act (OPRA).

But, Walter M. Luers, Hardwick’s lawyer, argues that the Commission should have released redacted versions of the records because an exception to OPRA’s personnel records exception requires certain basic information about employees to be disclosed.  Luers argues that the Commission, as it has done in the past, should disclose the applications “to the extent that they show payroll information, employee names, titles, positions, dates of separation, etc.”  Luers characterizes the transfer applications as being “ministerial in nature, [containing] basic salary and employee title information, and [which] do not contain sensitive information, other than personal information that can (and has been) redacted in the past.”

The hearing, which is open to the public, will be held in the New Criminal Courthouse, 400 S. Warren Street in Trenton.