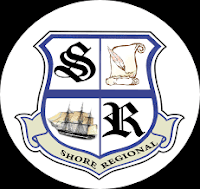 According to a May 13, 2016 newspaper article, former Shore Regional High School District (Monmouth County) business administrator Dennis Kotch “resigned under the cloud of an investigation.”  While the school district would not tell the newspaper exactly why Kotch resigned, it did attribute to anonymous sources that Kotch was “the subject of an investigation into the misuse of school funds.”

In order to learn more about the matter, Libertarians for Transparent Government, a NJ nonprofit corporation (LFTG) filed a September 27, 2016 Open Public Records Act (OPRA) request seeking, among other items, Kotch’s “date of separation and reason therefor” and any e-mails or other correspondence between school officials and law enforcement sent or received during 2016.  In an October 6, 2016 letter, Kotch’s replacement, Corey Lowell, denied LFTG’s first request because it asked for “information” (i.e. Kotch’s separation date and reason) as opposed to identifiable records.  As to LFTG’s request for the law enforcement correspondence, Lowell said that the request was “overly broad [and] invalid under OPRA.”

On October 25, 2016, LFTG, through attorney CJ Griffin of Hackensack, filed a civil lawsuit seeking to compel Shore Regional to properly respond to the OPRA request and to pay LFTG’s costs of courts and attorney fees.  In Libertarians for Transparent Government v. Shore Regional High School District and Corey Lowell, Docket No. MON-L-3750-16, Griffin argued that while OPRA generally requires requestors to ask for records as opposed to information, N.J.S.A. 47:1A-10 is different.  That section of the statute states:

an individual’s name, title, position, salary, payroll record, length of service, date of separation and the reason therefor, and the amount and type of any pension received shall be a government record.

Griffin argued that this section requires OPRA custodians to disclose information about public employees (e.g. an employee’s “length of service,” which changes daily) regardless of whether or not that information is embodied within a specific record.  She argued that citizens, in many if not most cases, aren’t familiar enough with how public bodies keep their personnel records to allow them to ask for the right record and that in many cases the information may not be recorded in writing at all.

Beyond that, Griffin argued that it is not enough for Shore Regional to just say that the reason for Kotch’s separation was that he “resigned.”  She cited a 1991 New Jersey Supreme Court case holding that citizens are entitled to know the real reason public employment was terminated.  That case, South Jersey Pub. Co., v. N.J. Expressway Authority, stated

[T]he court will recognize that the public interest in disclosure is intended to enable the public to make a sound judgment about the reasonableness of the Authority’s decision regarding [the employee], which authorized the expenditure of public funds to continue his salary and benefits for a substantial period of time after his resignation had become effective. Without disclosure of the reasons for [the employee]’s “voluntary separation” from the Authority, the public cannot intelligently make such an evaluation.

Regarding Lowell’s claim that LFTG’s request for the district’s correspondence with law enforcement was overly broad and thus invalid, Griffin pointed out that LFTG’s request is very similar to a request that the Appellate Division in 2012 found clear enough to warrant a response.

No hearing date has yet been established by the Court and Shore Regional has not yet been formally served with the lawsuit.