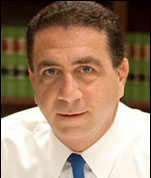 A State Assemblyman’s 2014 lawsuit against a Washington Township (Gloucester County) patrol officer was settled on September 27, 2016 for $50,000.

In a case that has received substantial media coverage,  Assemblyman Paul D. Moriarty sued Washington Township and Patrol Officer Joseph DiBuonaventura for wrongly stopping his car and arresting him for drunk driving on July 31, 2012.  The drunk driving charge was later dropped by the Gloucester County Prosecutor’s Office.

DiBuonaventura was tried to a jury on fourteen counts of false swearing, false reporting, tampering nd official misconduct.  He was acquitted on all charges on March 3, 2015.

None of lawsuit’s allegations have been proven or disproven in court.  Settlement agreements typically state that payment does not constitute an admission of wrongdoing by any of the defendants.  All that is known for sure is that the defendant(s), for whatever reason, decided that they would rather pay Moriarty $50,000 than take the matter to trial. Perhaps the defendants’ decision was done to save further legal expense and the costs of trying what were in fact exaggerated or meritless claims. Or, perhaps the claims were true and the defendants wanted to avoid being embarrassed at trial. This is the problem when cases resolve before trial–it is impossible to know the truth of what really happened.