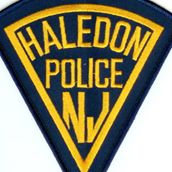 On August 11, 2016, the Borough of Haledon (Passaic County) entered into two settlement agreements with police chief Louis Mercuro.  In one of the agreements, which is not labeled “confidential,” the Borough agreed to pay Mercuro $100,821 in “retroactive adjustments to [his] salary and longevity.”  The $100,821 in adjustments cover years 2009 through 2016 and are set forth in detail on an attachment to the settlement agreement.  In the other agreement, which says that it and its terms “are and will remain confidential to maximum extent permitted by law,” called for Mercuro to be paid $649,179 and required him to “immediately submit his retirement application to the State of New Jersey.”  The agreement also resolves seven lawsuits that Mercuro had filed against Haledon and its officials as well as three disciplinary matters that the Borough had filed against Mercuro.

All seven of Mercuro’s lawsuits are not available at the time of this writing.  In one of the lawsuits, Mercuro v. Borough of Haledon, et al, Docket No. PAS-L-4489-14, Mercuro claimed that he was suspended with pay on November 26, 2014 after he was accused of not passing a firearms qualification exam.  Mercuro said that a disability prevented him firing a weapon from a kneeling position.  The suit also claimed that Mayor Domenick Stampone sought to get rid of everybody in the police department above age 40 and that Borough officials kept vital information from him.

Additional information about Mercuro’s conflicts with Borough officials is contained within a December 3, 2015 Appellate Division opinion.  According to the opinion, Mercuro addressed the Borough Council during it June 2009 meeting.  Using props consisting of a miniature plastic skeleton, a replica of a glass house and a basket of dirty laundry, Mercuro claimed that he saw a sworn statement by a tavern owner that “detailed that councilpersons took a limousine ride to New York, during which time two councilpersons snorted cocaine.”

Additional information about Mercuro’s conflicts with the Borough is contained within a June 18, 2015 article in the Record concerning allegations that Mercuro had engaged in sexual harassment.

None of any of the lawsuits’ allegations have been proven or disproven in court.  Settlement agreements typically state that payment does not constitute an admission of wrongdoing by any of the defendants.  All that is known for sure is that Haledon or its insurer, for whatever reason, decided that it would rather pay Mercuro $750,000 than take the matters to trial. Perhaps the defendants’ decision was done to save further legal expense and the costs of trying what were in fact exaggerated or meritless claims. Or, perhaps the claims were true and the defendants wanted to avoid being embarrassed at trial. This is the problem when cases resolve before trial–it is impossible to know the truth of what really happened.