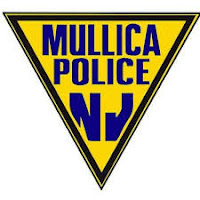 On July 11, 2017, the Mullica Township (Atlantic County) Committee will consider enacting Ordinance No. 6-2017 which seeks to establish a “Peace and Good Order” code in the Township.  Among other things, the ordinance will prohibit “participat[ing] in any practice having a tendency to annoy, disturb or frighten any person or animal in any public place.”  Also prohibited will be “[a]ll other riotous, indecent or disorderly conduct, breach of the peace and vagrancy not hereinabove specifically mentioned.”

These prohibitions are almost certainly unconstitutional because they are overly broad and vague.  The ability to conduct oneself in public without being arrested cannot depend on whether ones conduct might annoy or disturb somebody else.  Otherwise, everyone would be required to conform their conduct to the preferences of the most sensitive person in town.  Penal codes, especially those governing speech and assembly, need to be narrowly tailored to prohibit specific conduct while preserving citizens’ rights to lawfully express themselves.

However, according to Committeeman Christopher Silva, the Township’s main intention is not to directly enforce the ordinance.  Rather, as Silva stated at the May 23, 2017 Committee meeting, “the focus of the Ordinance is a catch-all to plead out a lesser statute in municipal court.”  So, Mullica probably realizes that it can’t enforce the ordinance but still wants to have it on the books so that municipal court defendants can plead down their statutory offenses to violations of the ordinance.

For example, a person charged with simple assault, a violation of the New Jersey Criminal Code, could plea-bargain the charge down to an ordinance violation.  This would allow the defendant to avoid having an assault conviction on his or her record and from having to pay mandatory assessments to the Violent Crimes Compensation Board and Safe Neighborhood Services Fund.

The apparent goal is to entice defendants to not demand costly and time-consuming trials but to instead plea bargain their charges and line up at the Court Administrator’s payment window with checkbooks in hand.

Beyond raising troubling policy concerns (e.g. Isn’t saddling a violent assailant with an assault conviction on his or her criminal record a good thing?  Isn’t it wrong for Mullica to let defendants evade paying into the Violent Crimes and Safe Neighborhood Funds?), Mullica’s proposal also runs afoul of a 1998 Attorney General Directive that prohibits municipal court prosecutors from pleading down statutory offenses to ordinance violations when the ordinance is pre-empted by state law.  Since everything prohibited by the ordinance is either unconstitutional or already prohibited by Chapter 33 in Title 2C of the New Jersey Criminal Code, using the ordinance in the manner that Silva suggests would violate the 1998 Directive.

Over the years, I, as chairman of the New Jersey Libertarian Party’s Preempted Ordinance Repeal Project, have notified six county prosecutors of violations of Directive and in each case the prosecutor has agreed with me and told the town to stop the improper plea bargains.  Here is the proof:

Yet, engaging in these prohibited plea bargains is exactly what Silva and the other members of Township Committee have in mind.

Mullica attempted to pass a similar version of this ordinance in late 2014.  After being roundly criticized by the public and press, the Committee decided to abandon the effort.  See “‘Peace and Good Order’ / Misguided in Mullica.” Press of Atlantic City, December 16, 2014.  The Committee should take a similar tack this time.