On March 9, 2017, the Lenape Valley Regional Board of Education (Sussex County) quietly paid $55,000 to settle a lawsuit filed by former assistant principal who claimed that his unwillingness to lie under oath to sabotage a disabled student’s lawsuit against the school district caused him to be harassed and eventually fired.

In his suit, Dr. Keith Lockwood, said that Superintendent Paul DiRupo and Business Administrator Robert Klinck referred to the disabled student as “Retard” and the student’s mother as a “c**t” and a “pain in the d*ck.”  According to the lawsuit, both DiRupo and Klinck were worried that the disabled student “might become class valedictorian, and such an occurrence must be prevented at all costs.”

After Lockwood refused to lie under oath, he was allegedly threatened with loss of his job.  Lockwood also claimed that in 2013, DiRupo propositioned him to engage in a sex act.  According the the lawsuit, DiRupo “unequivocally requested that [Lockwood] perform oral sex after Lockwood offered to show DiRupo a pressure point on his hand that could be utilized to relieve DiRupo’s headaches.  DiRupo also allegedly used a racial slur to refer to a black student who had been expelled for fighting with a white student.

As part of the settlement, Lenape agreed to give a neutral reference to Lockwood’s future, prospective employers.

None of Lockwood’s allegations have been proven or disproven in court. Settlement agreements typically state that payment does not constitute an admission of wrongdoing by any of the defendants.  All that is known for sure is that the Lenape Valley Regional school district or its insurer, for whatever reason, decided that it would rather pay Lockwood $55,000 than take the matter to trial. Perhaps the defendants’ decision to settle was done to save further legal expense and the costs of trying what were in fact exaggerated or meritless claims. Or, perhaps the claims were true and the defendants wanted to avoid being embarrassed at trial. This is the problem when cases settle before trial–it is impossible to know the truth of what really happened. 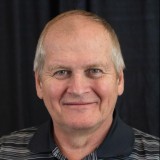