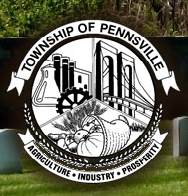 On April 24, 2017, the Township of Pennsville (Salem County) paid $20,000 to settle a lawsuit filed by a former employee who claimed that Township officials refused to provide him with retirement benefits on account of his age.

In his complaint, Keith Lamb claimed that upon his retirement at age 42 after having been on the job for more than 20 years, Pennsville refused to provide him with health insurance, life insurance and payment for unused sick time even though the Township Code entitled him to these benefits.  According to the lawsuit, Lamb filed a grievance regarding these benefits but the Township did not respond.  He claimed that “the Township of Pennsville unlawfully discriminated against [him] because of his age and years of service with the Township.”

According to an August 23, 2013 newspaper article, Lamb was employed by Pennsville as a water treatment supervisor.  In addition to the $20,000 payment, the Township also agreed to reinstate Lamb’s retirement benefits.

The case is captioned Lamb, v. Township of Pennsville, Superior Court Docket No. SLM-L-85-16 and Lamb’s attorney was Jacob M. Chiarello of Millville.  The complaint and and the release are on-line here.

None of the Lamb’ allegations have been proven or disproven in court. Settlement agreements typically state that payment does not constitute an admission of wrongdoing by any of the defendants.  All that is known for sure is that Pennsville or its insurer, for whatever reason, decided that it would rather pay Lamb $20,000 than take the matter to trial. Perhaps the defendants’ decision was done to save further legal expense and the costs of trying what were in fact exaggerated or meritless claims. Or, perhaps the claims were true and the defendants wanted to avoid being embarrassed at trial. This is the problem when cases resolve before trial–it is impossible to know the truth of what really happened.