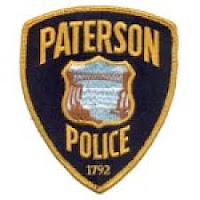 On January 9, 2017, the City of Paterson (Passaic County) agreed to pay $60,350 to a man who said that city police beat him with batons and flashlights after he was already lying handcuffed on the ground. The man, who agreed to serve four years in prison to resolve aggravated assault, burglary, resisting arrest and obstruction charges that were filed against him as a result of the same incident, claimed that treatment of the alleged police beating required “at least fifteen medical staples in the head and stitches on his right elbow.”

The plaintiff in the lawsuit is Jose A. Colon who, according to a complaint-warrant filed against him, committed aggravated assault by trying to strike police officer Anthony Castronova “with his 2000 Dodge Caravan while leaving the scene of a car burglary” on March 17, 2010.  According to the complaint-warrant and an indictment, Colon also was charged with resisting arrest, obstruction of the administration of law, burglary, theft and receiving stolen property.  He entered into a plea agreement and was sentenced to four years in prison with a requirement that 85% of the term be served before release on parole.

According to Colon’s lawsuit, Castranova along with officers Terrence Duffy and Kevin Matos chased him on foot after he exited a vehicle that “allegedly collided with a police vehicle and then another vehicle.”  According to the lawsuit, after Colon “was lying on the ground and handcuffed, he was beaten
several times by [police] on his head, hand and other parts of his body with police batons and flashlights [and] was then dragged approximately fifty feet to a police car, before being taken to the emergency room at St. Joseph’s hospital.”

None of lawsuit’s allegations have been proven or disproven in court.  Settlement agreements typically state that payment does not constitute an admission of wrongdoing by any of the defendants.  All that is known for sure is that Paterson or its insurer, for whatever reason, decided that it would rather pay Colon $60,350 than take the matter to trial. Perhaps the defendants’ decision was done to save further legal expense and the costs of trying what were in fact exaggerated or meritless claims. Or, perhaps the claims were true and the defendants wanted to avoid being embarrassed at trial. This is the problem when cases resolve before trial–it is impossible to know the truth of what really happened.