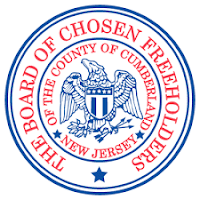 On December 13, 2017, the Local Finance Board, the primary enforcer of the Local Government Ethics Law (LGEL), fined a former Deputy Director of the Cumberland County Board of Chosen Freeholders $200 for voting to appoint the former mayor of Willingboro Township (Burlington County) to head the County’s Office of Purchasing while the former Deputy Director served as Willingboro’s Labor Counsel.

The Board, which has the statutory authority to issue fines between $100 and $500 for LGEL violations, found that Douglas Long, who formerly served as Freeholder Deputy Director and presently chairs the Cumberland County Democratic Committee, violated the LGEL by voting in favor of appointing former Willingboro Mayor Jacqueline Jennings to head the purchasing office while he simultaneously served as Willingboro’s Labor Counsel.  According to its Notice of Violation, the Board determined that Long’s vote in favor of Jennings’ appointment constituted an official act where Long had an interest or involvement “that might reasonably be expected to impair his objectivity or independence of judgment.”

The Board also dismissed a related ethics complaint brought against Jennings, finding that her participation in the appointment did not constitute an LGEL violation.  In deciding to dismiss, the Board noted that the Cumberland Freeholders rescinded Jennings’ appointment two weeks after it was made and that Jennings never collected any salary or benefits for the two week period.  Jennings presently serves on Willingboro Township Council.

According to the Notice of Violation, the $200 fine will not be finally imposed until thirty days have elapsed.  During that thirty-day period, Long can request an administrative hearing to contest the violation and the fine.

The matter was initiated by a September 30, 2014 complaint filed by the author and the New Jersey Libertarian Party.

In February 2015, Long announced that he would not seek a second term on the Freeholder Board. On November 4, 2016 the New Jersey Supreme Court reprimanded Long, who is an attorney, for an unrelated ethics matter.  On November 9, 2017, the Election Law Enforcement Commission charged Long with violating the New Jersey Campaign Contributions and Expenditures Reporting Act.