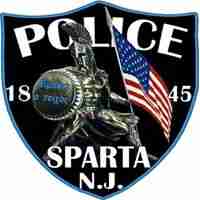 Update-October 6, 2018:  In his September 19, 2018 order and statement of reasons, Judge Weaver denied the Township’s motion to dismiss Murphy’s claims, as alleged in his May 18, 2018 amended complaint, under the New Jersey Constitution, malicious prosecution and false arrest but granted the motion to dismiss Murphy’s claim under the federal constitution.  In a July 16, 2018 order, United States District Judge Jose L. Linares found that the federal court lacked original subject matter jurisdiction and remanded the matter to state court.

On April 27, 2018, Superior Court Judge David J. Weaver heard oral argument on Sparta Township’s motion to dismiss a lawsuit filed on February 9, 2018 by a sitting member of the Sparta Township Council who claimed that Township Police conspired to set him up for a drunk driving arrest.  According to the court’s on-line docket, the matter is “pending” as a decision on the motion has not yet been rendered by Judge Weaver.

In his lawsuit, Sparta Councilman Jerard J. Murphy claimed that a former member of the Sparta Police Department acted as “an informant” who was planted at the St. Moritz restaurant to text Officer Richard Smith when Murphy left the establishment on February 12, 2016.  Upon receipt of the text, Smith showed it to Officer Daniel Elig who left a Panera Bread store to “position himself behind [Murphy’s] vehicle” and pull him over, according to the court filing.  Murphy claimed in his suit that Elig lied in his police report by saying that he was “monitoring traffic in both directions with radar” when he detected Murphy speeding.  According to Murphy, Elig was at the Panera Bread and not monitoring traffic with radar.

Murphy claimed that he had previously voted to furlough Elig which was the motivation behind the “organized conspiracy.”  Murphy claimed that the DWI charge as well as a speeding, lane change and careless driving ticket against him were ultimately dismissed by the court and that he pled guilty only to a license plate violation.  Murphy’s claim that the bulk of the charges were dismissed is supported by a February 1, 2018 article in the New Jersey Herald.  Murphy is being represented in the matter by George T. Daggett of Sparta.

In a legal brief filed on April 9, 2018, the attorney representing the Sparta Police, Brent R. Pohlman, argued that Murphy’s lawsuit should be dismissed because it does adequately allege violations of the New Jersey Civil Rights Act or the New Jersey Constitution.