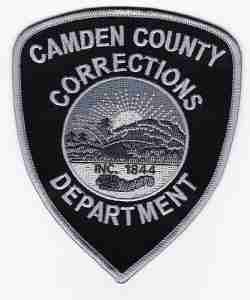 According to an undated Camden County indictment that appears to have been handed down in 2017, a sergeant with the Camden County Department of Corrections was charged with Fourth Degree Criminal Sexual Contact and Second Degree Official Misconduct for “committing an act of sexual contact upon another Camden County Corrections Officer . . . while on duty, specifically by touching [her] vagina over her clothing.”  The incident occurred on October 5, 2016 and the female officer, identified in the indictment only by her initials, was 23 years old at the time.

On January 3, 2017, police filed another complaint against the sergeant, identified in the indictment as Joseph N. Antrilli, charging him with the petty disorderly persons offense of harassment.  According to the second page of the harassment complaint, Camden County Superior Court Judge Kathleen M. Delaney accepted Antrilli’s guilty plea to the harassment charge on July 24, 2017 and assessed a fine of zero dollars plus $164 in court costs and mandatory assessments.  Judge Delaney also dismissed the indictment, ordered Antrilli to have no contact with the victim and required Antrilli to forfeit his employment with the Camden County Department of Corrections and forever disqualified him “from holding any office or position of honor, trust or profit” in New Jersey or any of its administrative or political subdivisions.

Finally, Judge Delaney sentenced Antrilli to a one-year term of probation but ruled that “probation may terminate” upon Antrilli’s payment of the $164 assessment.  In an August 8, 2018 Open Public Records Act (OPRA) response, the Camden County Prosecutor’s office claimed that it had no records on file indicating whether or not Antrilli received an early discharge from his probation.

Antrilli’s offense came to the attention of the Police and Firemen’s Retirement System (PFRS) and was considered by the pension board at its March 12, 2018 meeting.  According to the minutes of that meeting, Antrilli’s “misconduct was directly related to his duties as a County Sergeant and his misconduct reflected a high degree of moral turpitude.”  The pension board ultimately imposed a partial forfeiture of his service time but still left him with 20 years of honorable service which entitled him to a service retirement pension.  A subsequent OPRA request to the pension board disclosed that Antrilli is currently receiving a monthly pension of $3,604.77 which calculates to $43,257.24 per year.