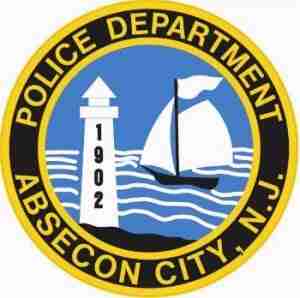 On June 29, 2018, the City of Absecon (Atlantic County) agreed to pay $85,000 to the manager of a Whitehorse Pike motel who claimed that police pepper sprayed him and broke his shoulder when he told them that they weren’t doing their jobs.

In his lawsuit, Rohit B. Surti, manager of the Budget Inn 4 U motel, expressed dissatisfaction with Absecon Police Officer Kevin Craig’s decision to not take any action against a motel guest that Surti had called police to complain about.  When Craig told Surti that Absecon Police are often dispatched to the Budget Inn and were “tired” of going there,  Surti told Craig that he should “do [his] job,” according to the complaint.

Surti’s comment allegedly infuriated Craig who, according to the lawsuit, “sprayed Mr. Surti with pepper spray in the eyes [and] moved the canister back and forth horizontally several times across Mr. Surti’s eyes.”  Officer Laura Winkel, who had been standing behind Surti while he was being pepper sprayed, allegedly “grabbed Mr. Surti’s arms and forcefully pulled them behind his back [and] forced Mr. Surti from a standing position to the prone position, without buffering, onto the asphalt parking lot of the motel . . . causing a dislocation and fracture of Mr. Surti’s left shoulder and left arm.”  The incident occurred on June 18, 2013.

When Surti complained of severe pain in his arm while at the police station, Craig allegedly told him “not to be dramatic.”

According to a February 16, 2018 opinion by United States District Court Judge Robert B. Kugler, Winkel had given Surti a summons about an hour prior to the alleged excessive force incident for having stolen shopping carts from the Dollar Store on his motel premises.  Craig and Winkel then returned to the motel in response to a call about a disturbance between Surti and a six-week resident at the motel.  Winkel wrote in her report that Surti, who Craig alleged had the odor of alcohol on his breath, was yelling at the guest from across the parking lot and was repeatedly told to lower his voice because the commotion was causing other motel residents to come out of their rooms.

According to Judge Kugler’s opinion, Surti pleaded guilty to disorderly conduct and resisting arrest and harassment charges against him were dismissed.  Surti was joined in the lawsuit by his wife Jayshri R. Surti.

None of lawsuit’s allegations have been proven or disproven in court.  Settlement agreements typically state that payment does not constitute an admission of wrongdoing by any of the defendants.  All that is known for sure is that Absecon or its insurer, for whatever reason, decided that it would rather pay Surti $85,000 than take the matter to trial. Perhaps the defendants’ decision was done to save further legal expense and the costs of trying what were in fact exaggerated or meritless claims. Or, perhaps the claims were true and the defendants wanted to avoid being embarrassed at trial. This is the problem when cases resolve before trial–it is impossible to know the truth of what really happened.