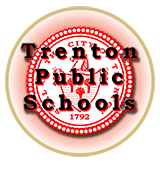 On Wednesday, January 9, 2019, Mercer County Assignment Judge Mary C. Jacobson will hear John Paff v. Trenton Board of Education, Docket No. MER-L-2241-18.  At issue is whether the Board’s vote to give Superintendent Fred McDowell a $25,000 bonus should be voided out because the vote was taken after the Board’s September 24, 2018 meeting had adjourned and the public had departed.  A second, more far-reaching issue is whether the Board, which violated the Open Public Meeting Act by taking this vote after the meeting had adjourned, also violated rights protected by the New Jersey Civil Rights Act, putting the Board on the hook for court costs and attorney fees.

The Board’s award of $25,000 to McDowell and the manner in which was done are controversial, were widely reported in the media and caused the Trenton Education Association and City Council members to demand Board President Gene Bouie’s resignation.  But, unlike the Open Public Records Act (OPRA), which requires government agencies to pay the attorney fees of successful OPRA plaintiffs, the Open Public Meetings Act (OPMA) requires each party to pay its own legal fees which dissuades most citizens from enforcing their rights under the Act.  If Jacobson rules that the Trenton Board’s OPMA violation also constitutes a violation of the New Jersey Civil Rights Act, she could award attorney fees because the Civil Rights Act expressly permits her to do so.

On December 19, 2018, the Trenton Board filed its opposition brief and certification and on December 21, 2018, the American Civil Liberties Union of New Jersey filed an Amicus Curiae brief.

The plaintiff is being represented by Donald M. Doherty of Ocean City.