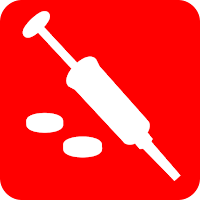 A November 18, 2015 “friendly hearing” before United State District Court Judge Jerome B. Simandle determined that a lawsuit filed by the estate of a Camden man who died in 2009 while suffocating on a plastic bag will settle for $180,000.  The only issue left to be decided is whether the settlement funds should be given to the deceased’s wife or deposited with the Burlington County Surrogate’s Office.

According a lawsuit filed by Maria Ortiz, wife of Jorge E. Rivera and the couple’s now 12 year old son, Rivera was sitting outside with friends on April 22, 2009 when he was approached by State Trooper Dennis Quinn and Camden County Prosecutor’s Office Investigators Peter Longo and Thomas DiNunzio.  Rivera, upon seeing the officers approach, reportedly “attempted to swallow a small plastic bag that was in his possession” when he was attacked by the officers.  Because he was handcuffed, Rivera reportedly could not remove the plastic bag that had become lodged in his throat.

According to the lawsuit, Rivera became unconscious due to the officers’ continued beating even while the bag was stuck in his throat.  He was later pronounced dead at Cooper University Hospital and the official cause of death was determined to be asphyxiation.  According to Ortiz’s attorney, Mark Frost of Philadelphia, who was quoted in the Courier Post’s June 10, 2015 article, the officers “stood idly” by while Rivera was choking and did nothing to help him.  The Courier Post article also reported that the bag that suffocated Rivera contained heroin.

A December 23, 2015 letter, written by John C. Connell, attorney for Longo and DiNunzio, contains several attachments.  Among them are a proposed order and the transcript of the November 18, 2015 hearing before Judge Simandle.  According to the filing, the settlement totals $180,000.  Deducted from that will be $12,901.14 representing Frost’s expenses with the balance of $167,098.86 being split in equal shares of $83,549.43 each between Rivera’s estate and Frost.  Mr. Frost is quoted in the transcript as saying that had he filed a petition setting forth the true amount of his attorney fees, “it would have been approximately $250,000.”  As to the fairness of the settlement, Frost told Judge Simandle that there were “difficulties with the case” because Rivera “was involved in a drug altercation — a drug transaction during this incident.”

It is unknown how settlement will be split between the County Prosecutor and the State.  According to a November 24, 2015 e-mail from Assistant Camden City Attorney Jason J. Asuncion, the City of Camden, while named as a defendant in Ortiz’s lawsuit, was dismissed from the suit on June 30, 2014 without having to pay a settlement amount.