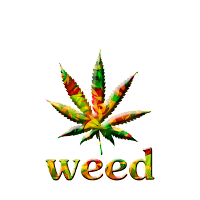 On November 7, 2015, I blogged about a $7,000 settlement that Manuel Alvarez reached with Fairview Borough (Bergen County) after having claimed that the Fairview police falsely arrested him. What interested me about this case was that the man was charged with being under the influence of marijuana on the basis of a “Drug Recognition Expert’s” evaluation of him.

In response to my Open Public Records Act (OPRA) request, I learned that Lieutenant Robert F. Ryan, a lieutenant of the River Vale Police Department, was certified as a “Drug Recognition Expert” by the International Association of Chiefs of Police.  In that capacity, Ryan was called upon on December 8, 2013 to evaluate whether Alvarez was impaired by marijuana ingestion after he blew a zero reading on an Alcotest 7110 breathalyzer.

In his “Drug Influence Evaluation” report, Ryan determined that “Alvarez is Under the Influence of Cannabis and unable to operate a motor vehicle safely.”  Ryan based his determination on Alvarez’s failure to properly complete various dexterity and balance tests, the inability of his pupils to normally converge and because his tongue was green and his “upper nasal area was red and raw on both the left and right sides.”  Ryan also noted “eyelid tremors” and a white substance up Alvarez’s nostrils.

Despite Ryan’s report, both the Driving While Intoxicated and being under the influence of a CDS charges were dismissed on the state’s motion.  Of the seven summonses issued, Alvarez was found guilty of “maintenance of lamps” and a seatbelt violation.