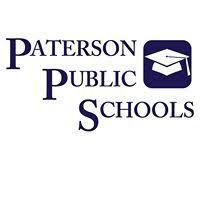 On May 23, 2017, the Paterson Board of Education (Passaic County) obtained a court order establishing $45,000 as the settlement amount needed to resolve a lawsuit filed by an African-American teacher who said that her contract was not renewed because of her race and because she reported “valid concerns of harassment, nepotism and hostile work environment.”

In her suit, Rosalynd Smith, a former special education teacher at the Alexander Hamilton Academy, claimed that she went above and beyond by “organizing an entire literacy program” to assist a second-grade student who was labeled as a “non-reader.”  Smith claimed that Principal Virginia Galizia, in order to “reduce costs for the Academy” told her to stop giving the student specialized services which resulted in the student being unable to comprehend his lessons and the student’s mother becoming “very upset.”  Smith claimed that the mother’s complaints to school administrators caused Galizia and other teachers to treat her differently.

Smith claimed that Galizia stripped her of her duties, belittled her in front of students and gave her unfairly negative evaluations.  Shortly after she filed a complaint with the District’s Affirmative Action officer on April 29, 2013, Smith claimed that she was given a non-renewal letter that terminated her employment.  She claimed that she unable to contest her dismissal administratively because her prior attorney filed her appeal months after it was due and then “forged her name to various documents so [that she] would not learn of the late filing.”

According to filed paperwork, Smith was not represented by Longarzo or any other attorney during the lawsuit’s final stages.  The Board filed a motion to enforce a $45,000 settlement.  On May 23, 2017, Judge  Liliana DeAvila-Silebi and ordered the Board to pay $45,000 to Smith and for Smith to release the Board from further responsibility upon receipt of that payment.  The court also ordered that a separate matter that Smith brought against the Board in the Office of Administrative Law would also be resolved by the $45,000 payment.

None of Smith’s allegations have been proven or disproven in court. Settlement agreements typically state that payment does not constitute an admission of wrongdoing by any of the defendants.  All that is known for sure is that the Paterson school district or its insurer, for whatever reason, decided that it would rather pay Smith $45,000 than take the matter to trial. Perhaps the defendants’ decision to settle was done to save further legal expense and the costs of trying what were in fact exaggerated or meritless claims. Or, perhaps the claims were true and the defendants wanted to avoid being embarrassed at trial. This is the problem when cases settle before trial–it is impossible to know the truth of what really happened.