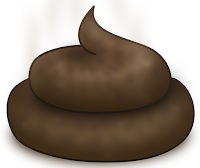 Note: This case was brought in early 2014 and was disposed of in mid-2015. Despite its age, I believe that the outrageous nature of the alleged offense, the fact that the case was ultimately dismissed and the fact that it has never before been reported causes it to presently be of legitimate public interest.

According to a complaint filed on February 6, 2014 in the Wyckoff (Bergen County) Municipal Court, a Waldwick woman, who was the wife of a Ho-Ho-Kus Borough police officer, “sen[t] chocolate chip cookies to [her daughter’s] school tainted with dog feces, with the intent that they would be consumed by the same student who had been taking cookies from her daughter without consent on numerous occasions in the past.”

The defendant in the case was Theresa L. Cariddi-Tiernan, the wife of now retired Ho-Ho-Kus police officer Peter Tiernan.  According to a heavily redacted police incident report, some sort of post–probably a social media post–by Cariddi-Tiernan regarding the tainted cookies came to the attention of Waldwick Police Officer Dave Passeretti who brought the information to Sergeant Joseph Soto of the Wyckoff Police Department where Cariddi-Tiernan’s daughter’s school is located.  The two officers arrived at the school prior to lunch to retrieve the cookies and learned that Peter Tiernan had already been to the school, privately spoke to his daugher and apparently removed the cookies.

Soto said that after interviewing Cariddi-Tiernan he told her that she was free to go.  He said that he had several conversations with Bergen County Assistant Prosecutor Martin Delaney and that it “was decided that under the circumstances, the appropriate charge would be [N.J.S.A.] 2C:33-2a(2) Disorderly Conduct.”  Soto reported that he mailed Cariddi-Tiernan a summons.

According to the court’s disposition, Cariddi-Tiernan applied for a “conditional dismissal” on May 21, 2014.  The application was apparently successful because the disposition shows a “dismissed – other” entry in June 2015.  Unfortunately, the handwriting of the court official who wrote the entry on the disposition is mostly illegible but the words “satisfied” and “probation” are legible.

Cariddi-Tiernan’s husband, Peter Tiernan, filed a lawsuit in March 2013 against the Ho-Ho-Kus police department and police officials alleging that he was unlawfully denied a sergeant’s promotion on account of his age.  According to DataUniverse, Tiernan retired in 2013 and is collecting an $82,995 annual pension.  A June 25, 2015 article in The Record reports that Tiernan settled his lawsuit for $80,000.