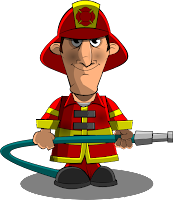 In an April 3, 2017 ruling in the case of Justin D. Lamb v. Lavallette Volunteer Fire Company, No. 1, et al, Ocean County Superior Court Assignment Judge Marlene Lynch Ford ruled that the fire company is an “instrumentality” of Lavallette Borough and therefore subject to the Open Public Records Act (OPRA) because it “has been delegated the obligation to meet the public safety and police function of firefighting.”

Judge Ford also found that Walter M. Luers of Clinton was entitled to recover his costs and attorney fees for bring this suit.  But, she ruled that the Borough of Lavallette, rather than the fire company, is responsible for the costs and fees.  “[T]he volunteer members of the fire company, to the extent that they are performing a vital governmental service, may not be held personally liable for counsel fees,” Judge Ford wrote.

For other court cases regarding whether a fire company is subject to OPRA, see my January 21, 2016 article.